The RCAH Language and Media Center is a collaborative space at Michigan State University that supports student media projects and language learning. As a design consultant in the space, I spend my time helping students conceptualize their projects and helping them navigate the resources that are available to them. We have photography, filmmaking, and music production equipment for our users as well as a computer lab with graphic design and video production software. One of my favorite toys in the LMC is the digital cutting plotter:
In an effort to get more involvement from first-year students and to encourage a “gift economy” among RCAH students, I pitched my idea for an LMC Idea Passport to the director of the LMC. The premise for my first iteration of the passport was a small booklet that contained a checklist for ways to get involved, blank paper for brainstorming project ideas and keeping track of progress, and an area to collect trading cards, stickers, and stamps that were made in the LMC. I teamed up with the director of the LMC and a fellow consultant to refine my first prototype. Eventually, we decided on a prototype for the pilot, which was an envelope for interchangeable “passport cards.” 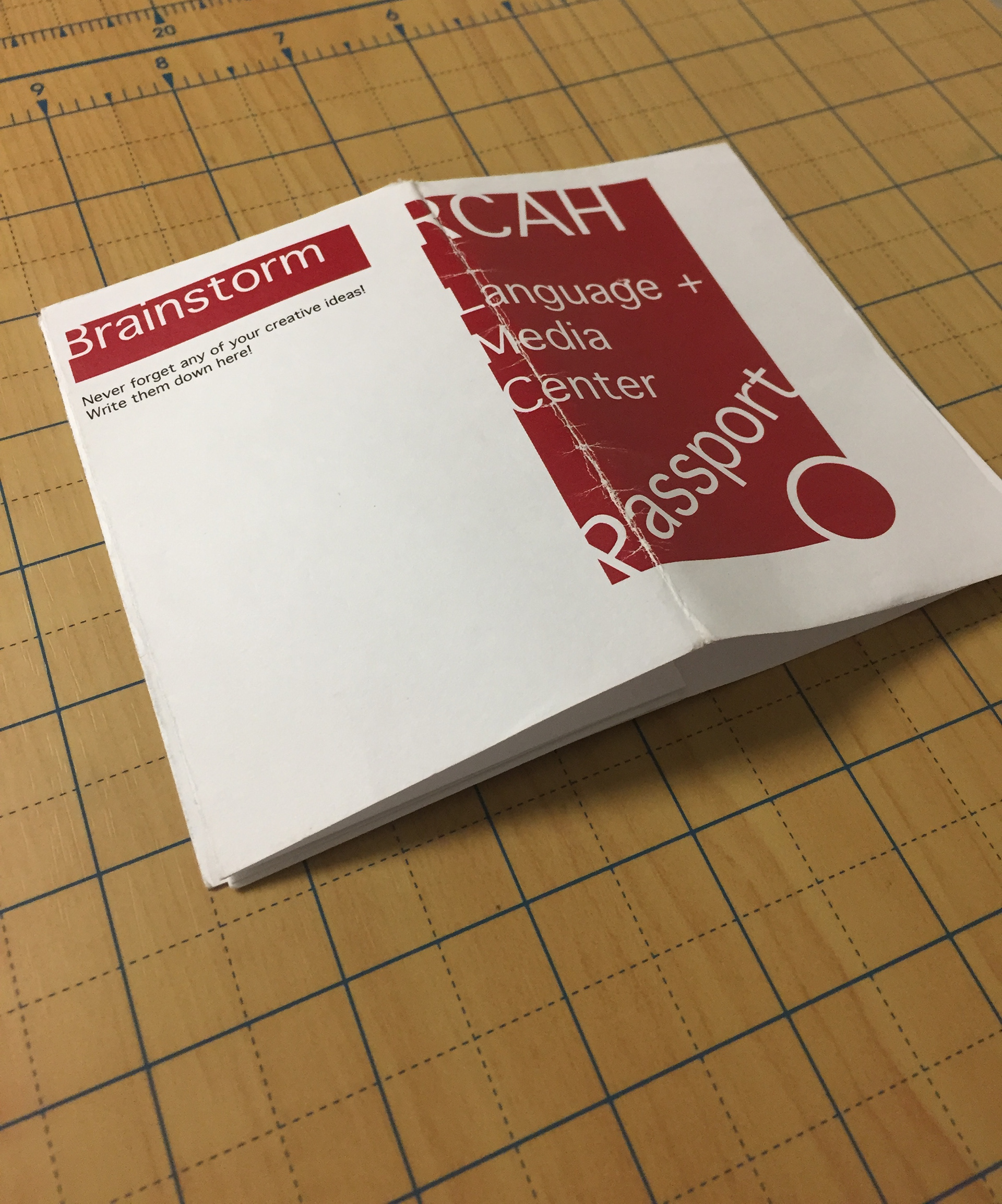 This was my proof of concept, which I used to pitch the project. 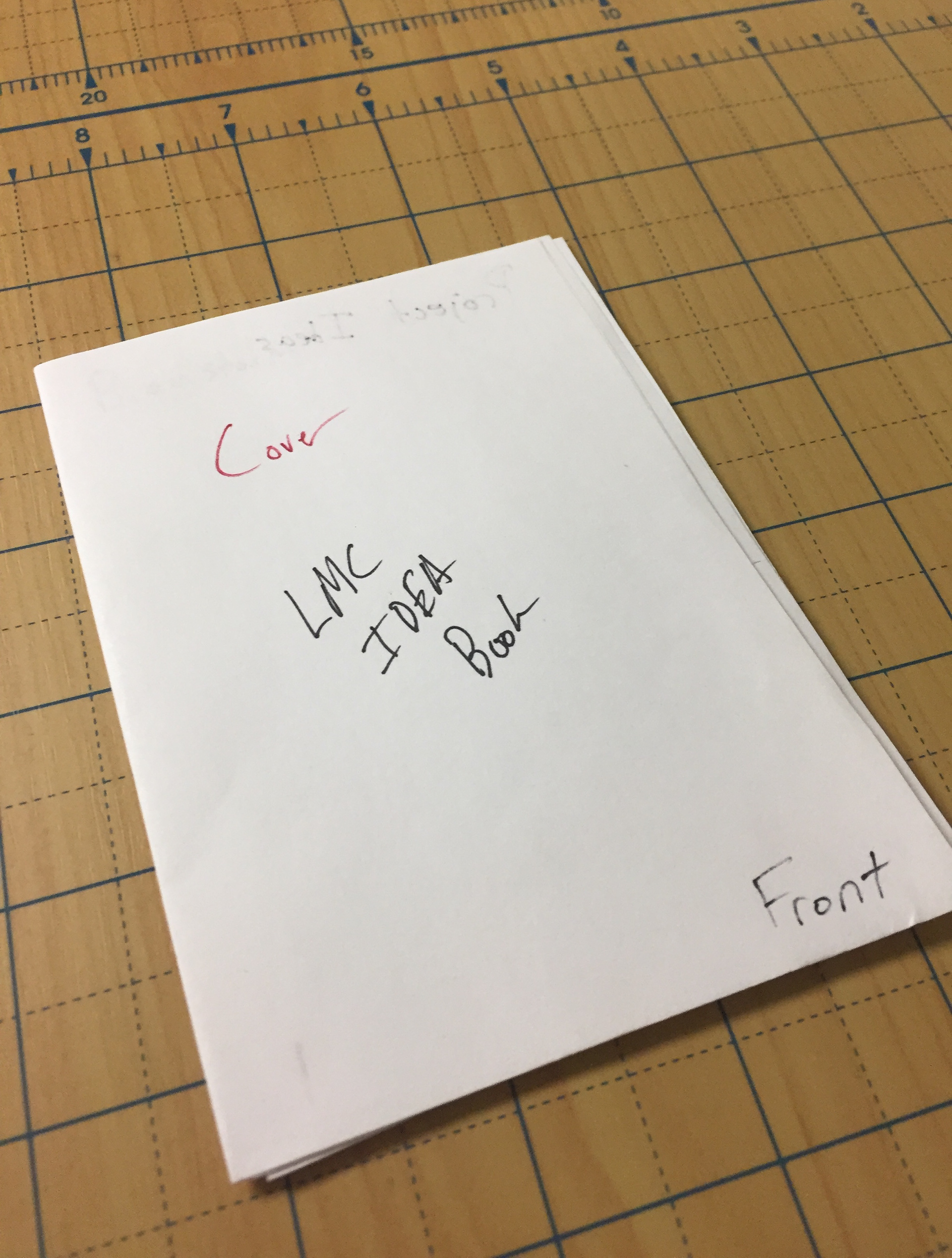 I began making other prototypes to fix shortcomings of the previous design. 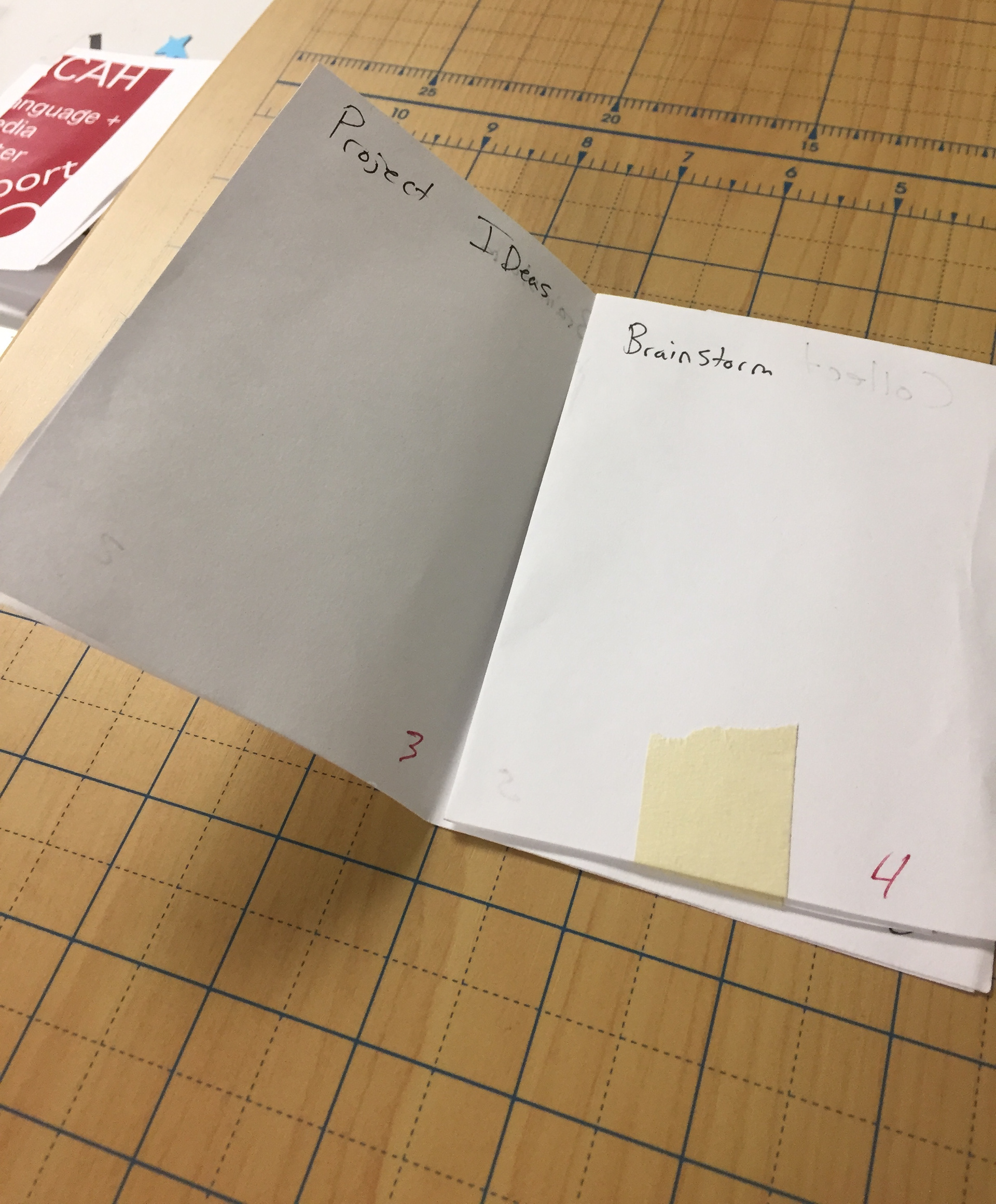 I wanted the passport to contain consultant-suggested project ideas for new LMC users and a space for users to brainstorm their project. 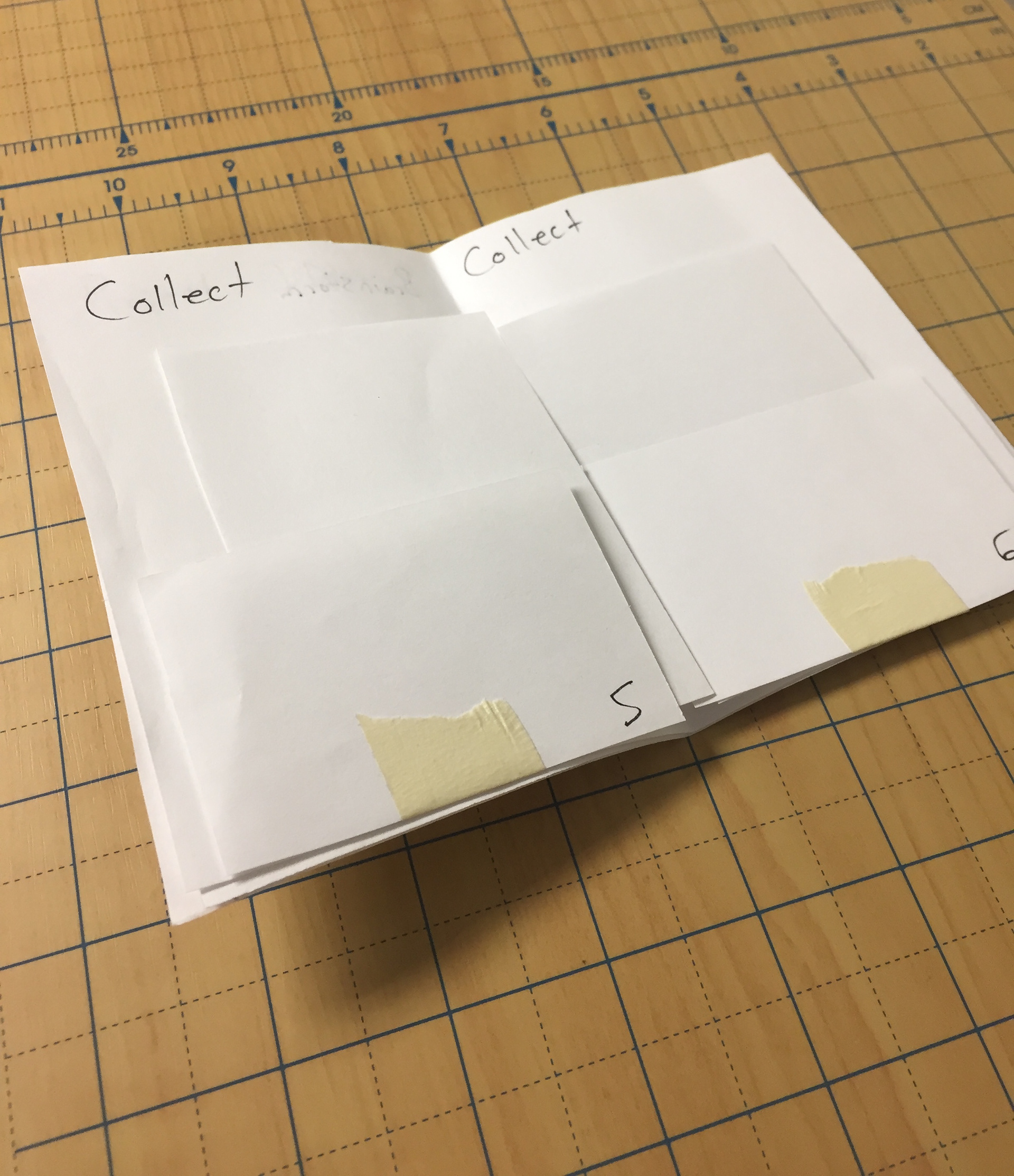 Another important feature for the passport was the ability to collect trading cards and stickers. 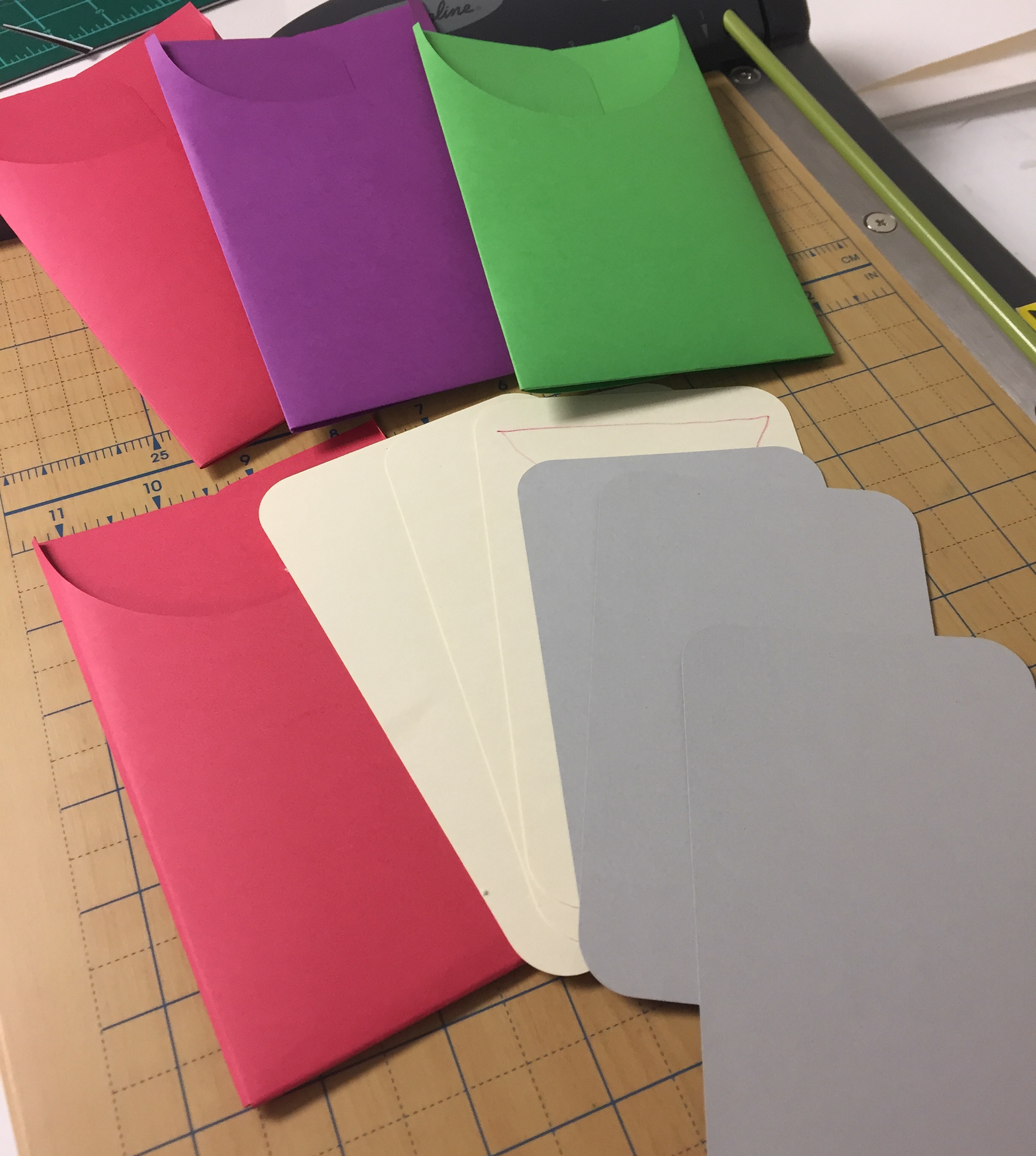 Eventually, the team streamlined the booklet to an envelope for a more modular design. 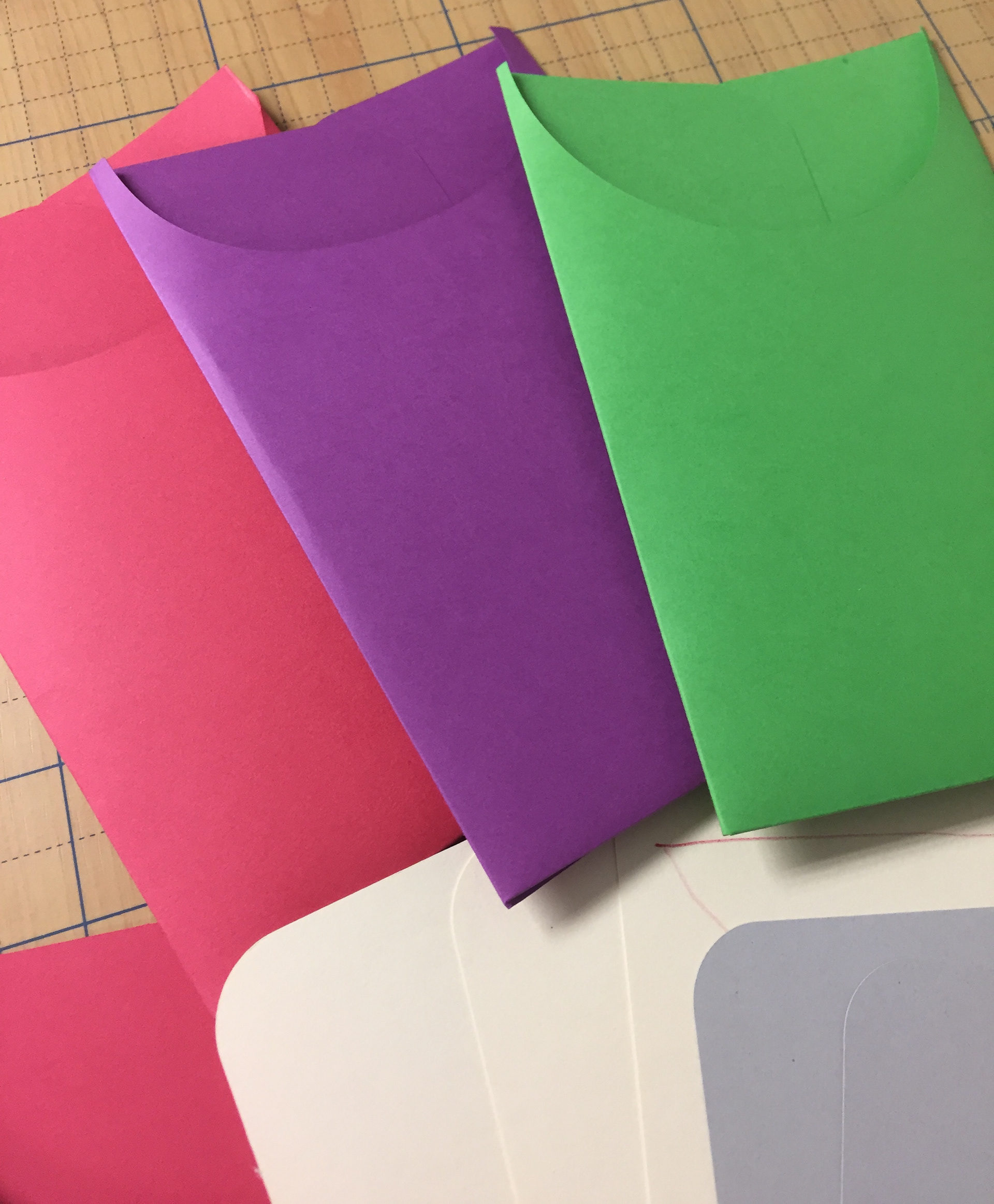 Designing the envelope to hold a large number of cards took several prototypes. 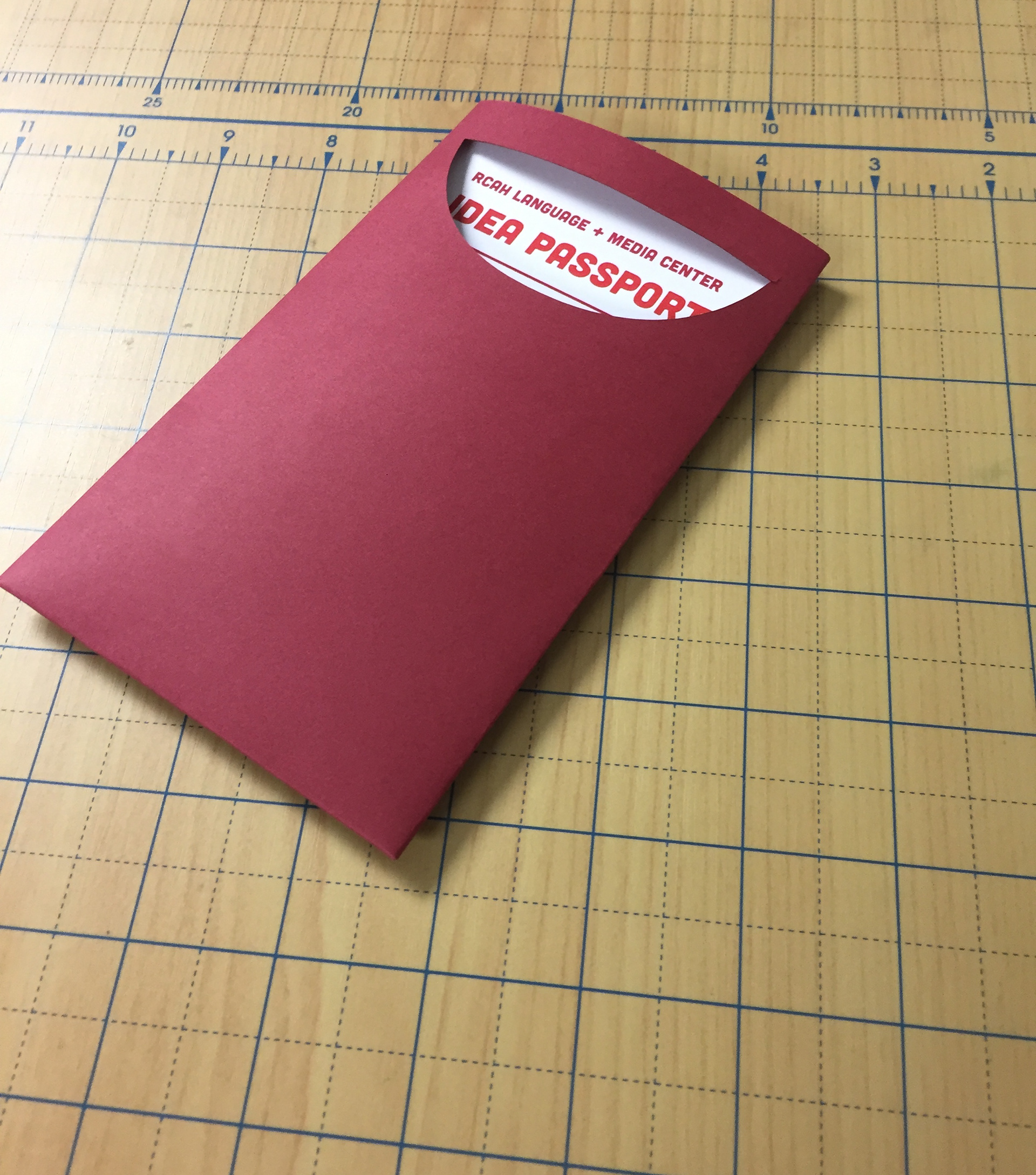 Finally, we came to a design that we all liked for the pilot. 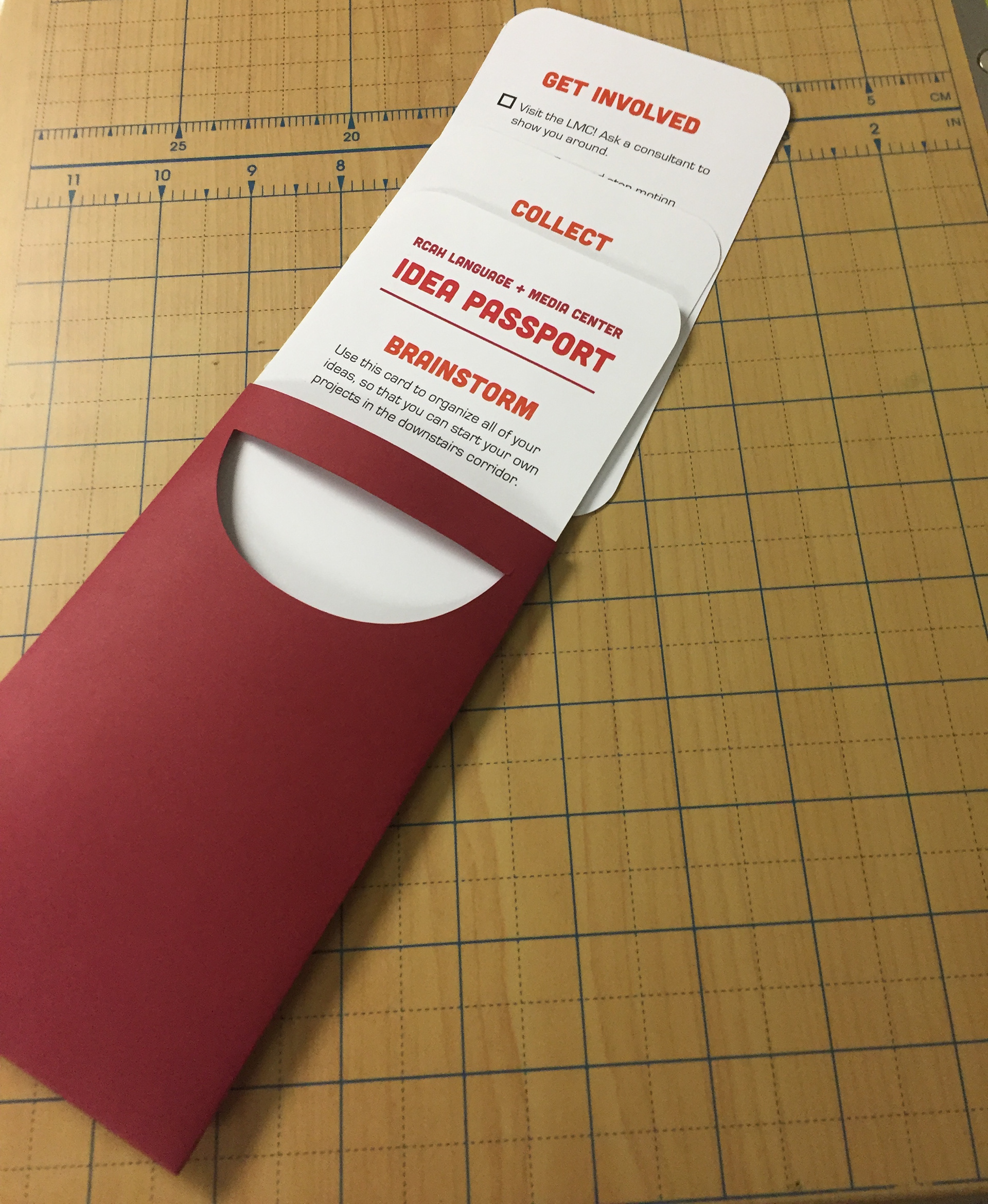 The cards can easily slip out of the top of the passport. 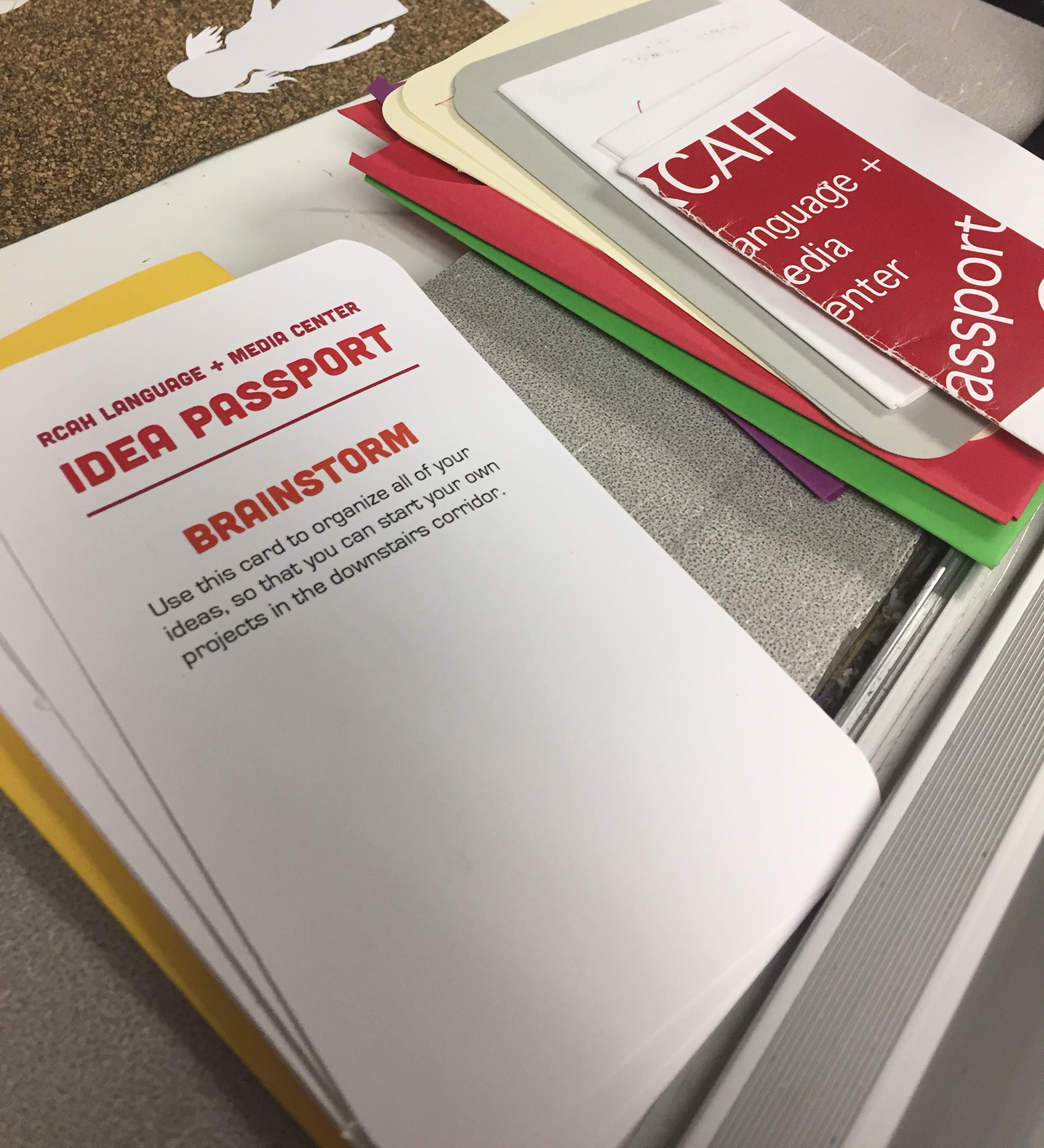 With the design phase of the project completed, we began producing 60 sets of envelops and cards for distribution to the college's first year students, who would be visiting the LMC in the coming week as a part of their introduction to the college. 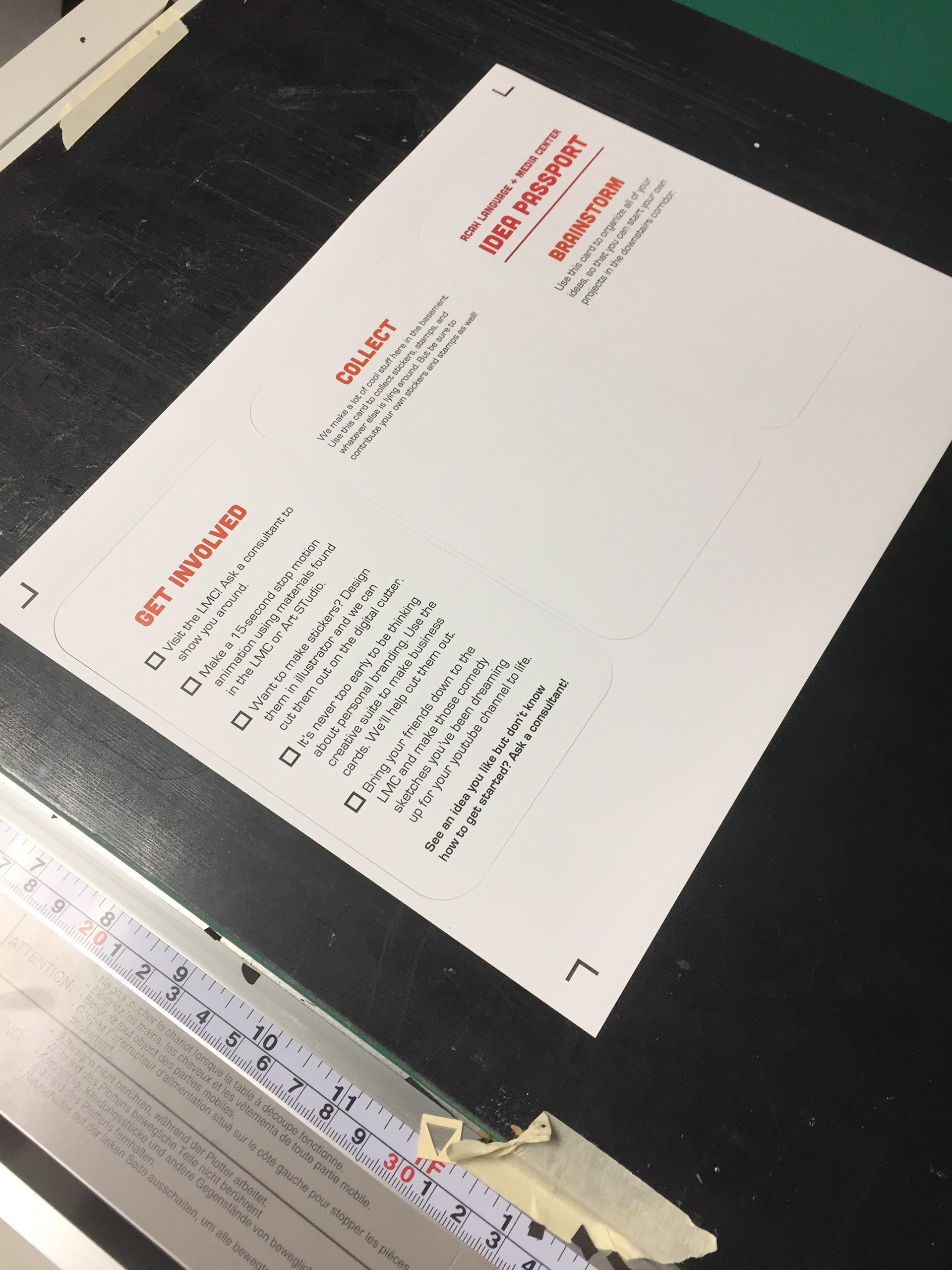 I designed pilot cards for the project including the “brainstorm card,” the “collect card” and the “get involved Card.” 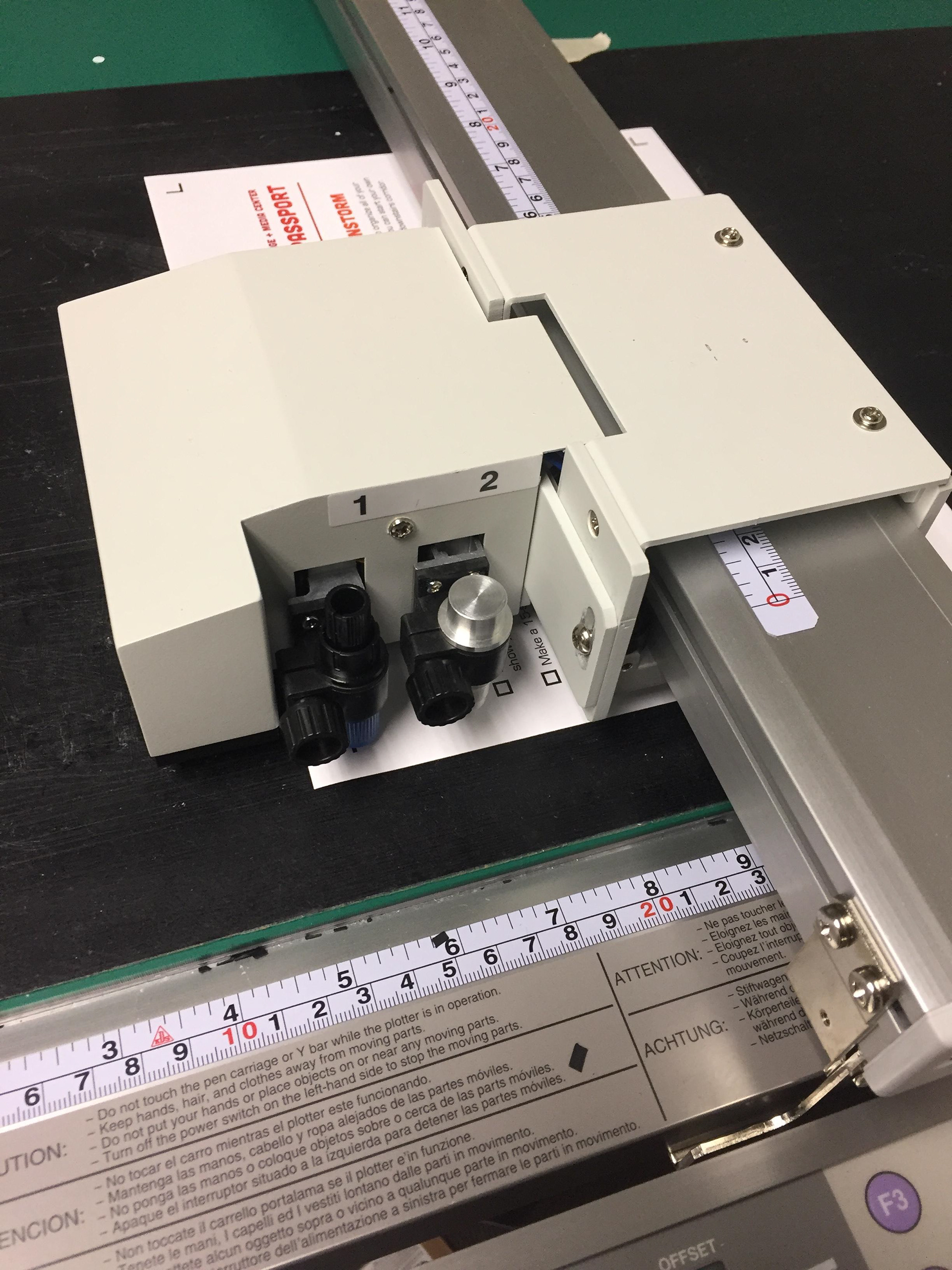 I used the cutting plotter to cut the cards and the envelopes out of cardstock. 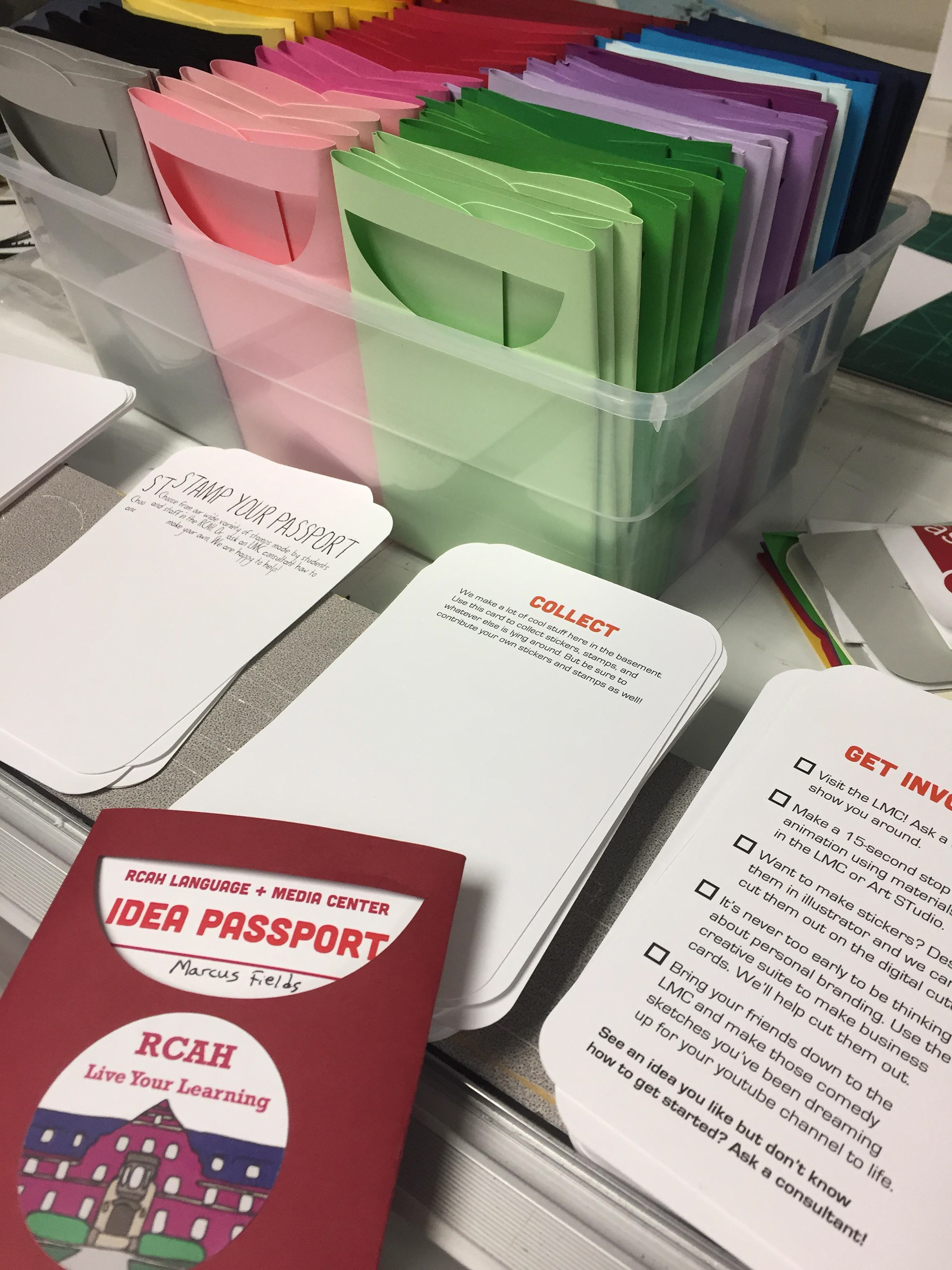 By the end, we had enough passports and cards for all of the first-year students. 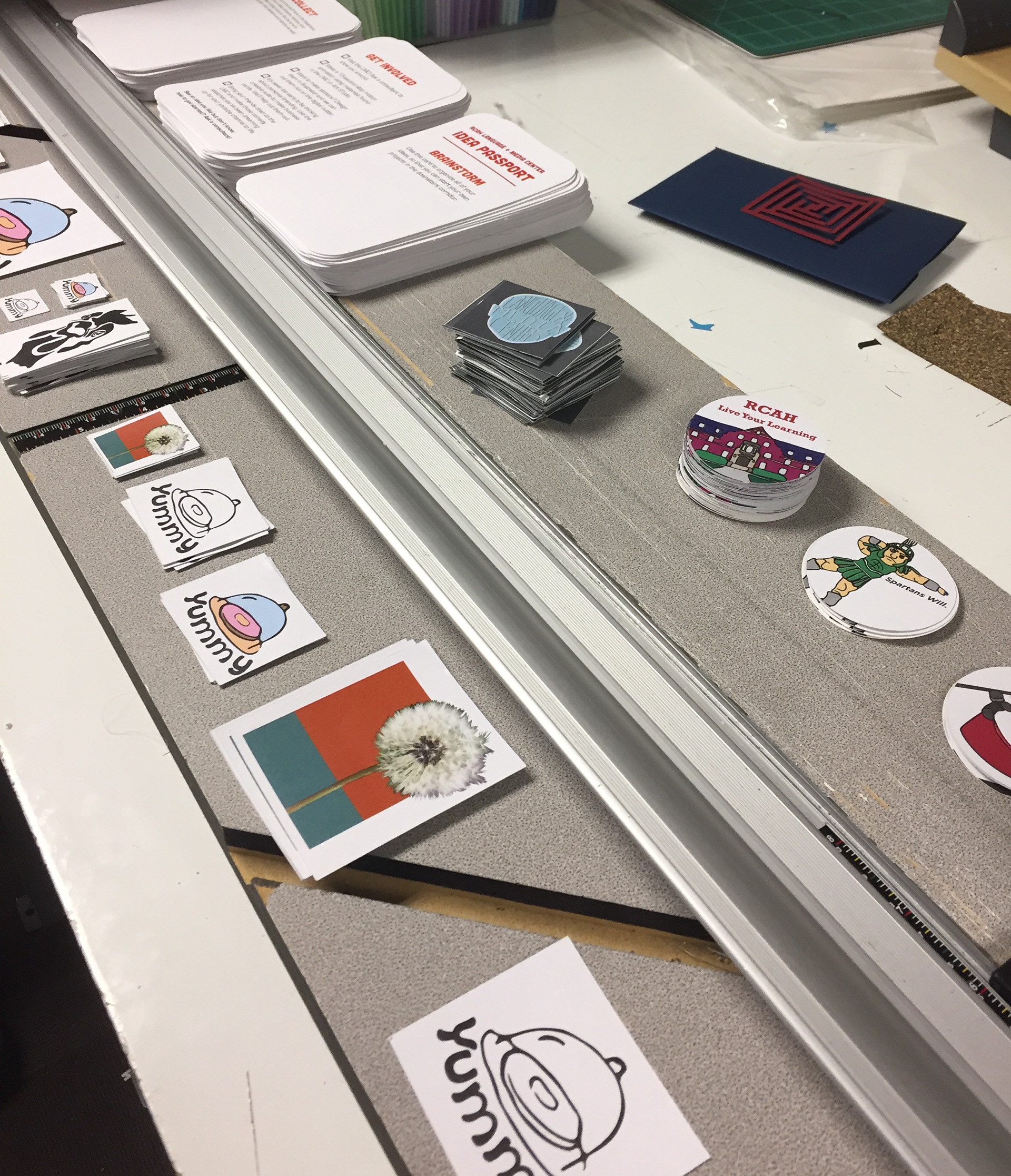 Several other consultants and I decided to make stickers so that students could start collecting on the “collect card.” 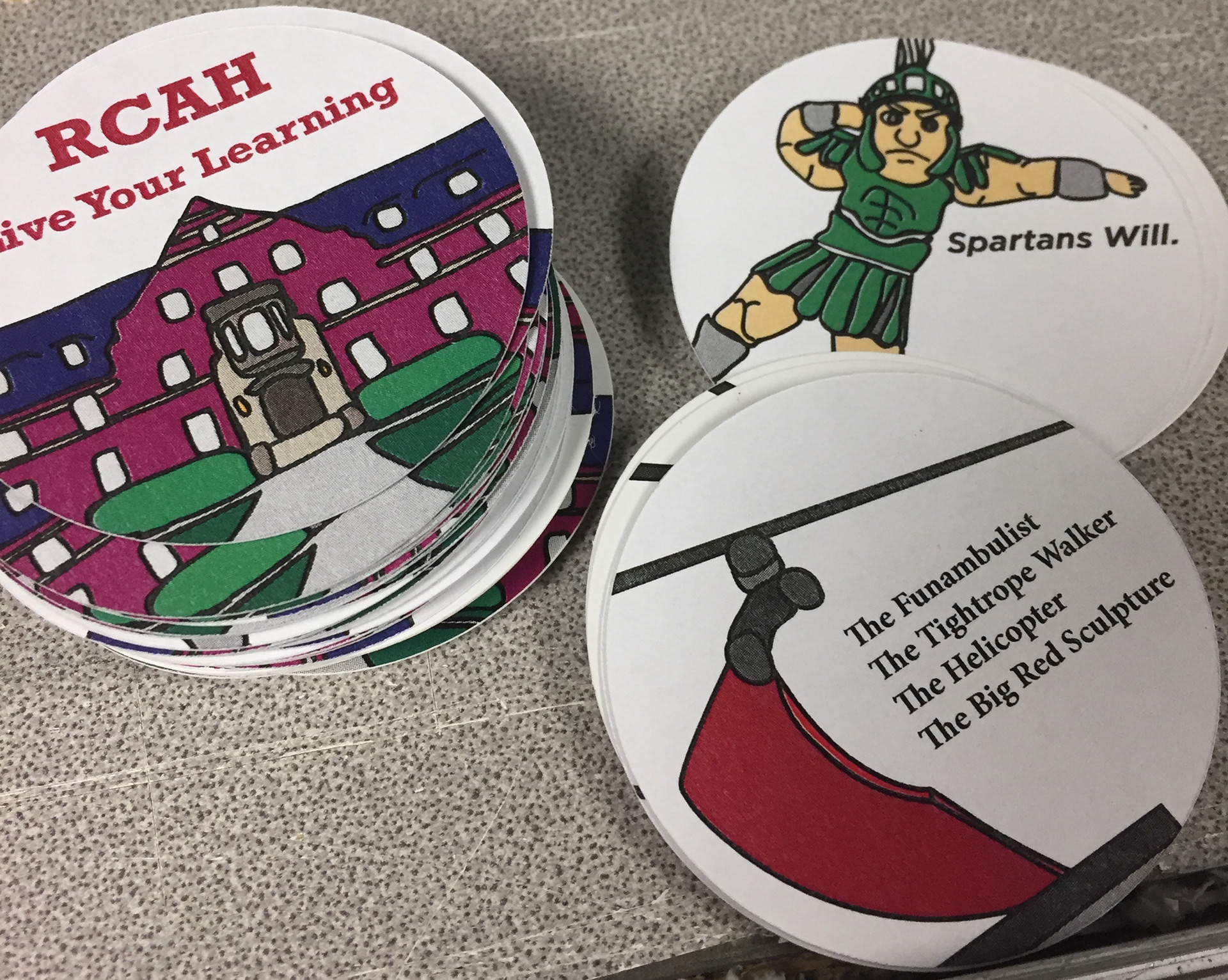 These are the stickers that I designed for the students. 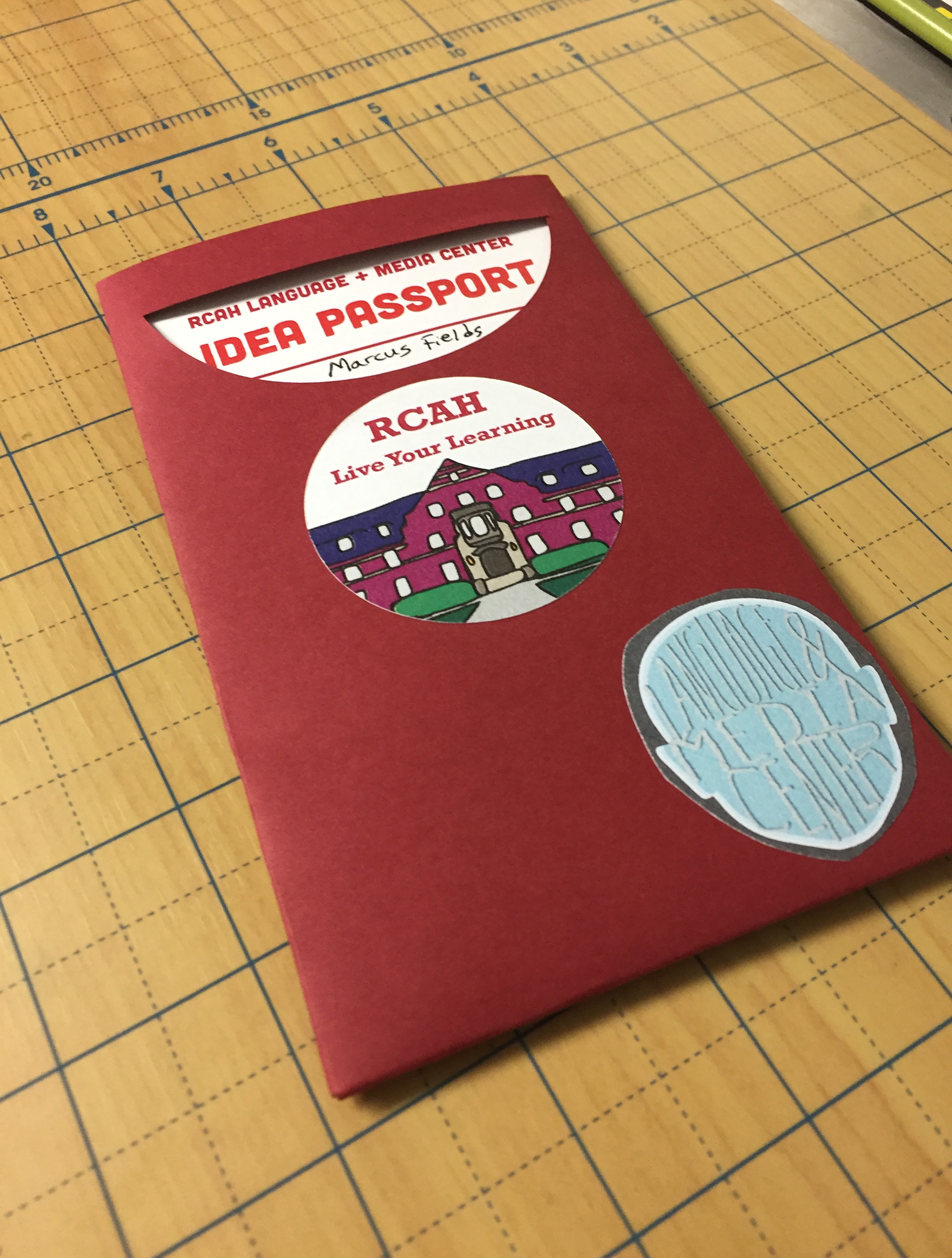 This is my personal finished passport!

View More of My Work

Model
↑Back to Top